Must-See Stops Along the Natchez Trace

Once a bustling highway in the 1800s, the Natchez Trace is a now one of the most sought-after scenic routes in the U.S. Throughout the year, travelers meander down the Trace taking in views of breathtaking landscapes, mature trees and grazing wildlife. Take a trek down the Trace and check out some of the following must-see stops. 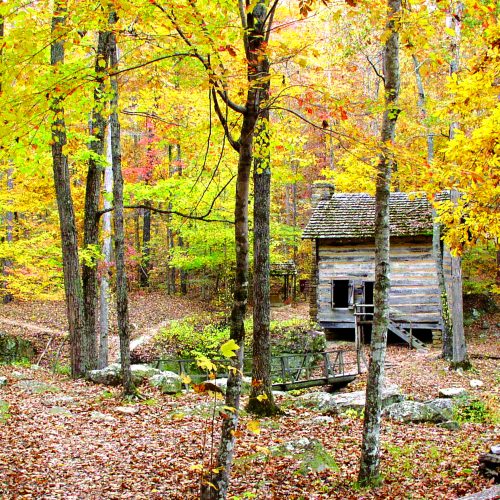 Milepost 304.5
Located in the foothills of the Appalachian Mountains, Tishomingo State Park is steeped in history and scenic beauty. Tishomingo offers a unique landscape of massive rock formations and fern-filled crevices found nowhere else in Mississippi. Massive boulders blanketed in moss dot the hillsides, and colorful wildflowers border trails once walked by Native Americans. Today's visitors to Tishomingo State Park discover the same timeless natural beauty that enchanted the Indians centuries ago.

Milepost 193.1
Jeff Busby Park includes an 18-site campground, picnic tables, restrooms, trails, exhibits and an overlook atop Little Mountain - one of the highest elevations in Mississippi. Little Mountain - on a clear day from here atop Little Mountain you can see about 20 miles. The ridges and valleys are part of a geological land form called the Wilcox series that extends northeast into Alabama. Some 50 million years ago the Wilcox existed as layers of sand and mud. Pressure of overlying sediments and early upheavals have resulted in those layers being tilted and converted into sandstone and shale. More resistant to erosion than the shale, the sandstone portions are the present day ridges.

Milepost 180.7
The French Camp settlement dates back to 1810, when Louis LeFleur and his Choctaw wife opened a tavern and inn on the property. LeFleur’s son would go onto become a Choctaw chief and Mississippi State Senator. Today, you can tour the historic buildings, learn about early American life at the site’s museum and even spend the night at the bed and breakfast, where guests rave about the comfortable beds and delicious breakfasts.

Milepost 122
Stop here and take a self-guided half-mile tour on the raised boardwalk over a stunning water tupelo/bald cypress swamp. Keep a sharp eye out and you might even see an alligator or two while you’re there.

Milepost 41.5
Preserved here is a portion of the deeply eroded or 'sunken' Old Trace. Walk this sunken trail and let your imagination carry you back to the early 1800s when early settlers were making their way throughout the state to new settlements.

Milepost 30.0 (10 miles Northwest of Trace)
Windsor Ruins is located about 10 miles southwest of Port Gibson near Alcorn State University. The ruins consist of 23 standing Corinthian columns of the largest antebellum Greek Revival mansion ever built in the state.The mansion stood from 1861 to 1890, when it was destroyed by fire on the third floor from a lit cigar. The 2.1-acre site was added to the National Register of Historic Places in 1971 and was designated a Mississippi Landmark in 1985.

Milepost 10.3
Built between 1300 and 1600 A.D., this Indian temple mound is the second largest in the United States. The mound is 35 feet tall, with two smaller mounds on top, and was once a ceremonial gathering place for tribes from outlying villages. To see it, exit the Natchez Trace Parkway at Mississippi Highway 553 and go west one mile.

Milepost 0
The Natchez Trace Parkway ends (or begins) at the Mississippi River, just outside historic downtown Natchez. Down by the river’s edge, you’ll find Natchez Under-the-Hill, a row of riverfront restaurants and shops on Silver Street far tamer than the brothels, taverns and gambling halls that stood here 200 years ago. At the Magnolia Grill, the food is matched only by the views of the river, while the Under-the-Hill Saloon is popular with locals and tourists alike. A third option here is The Camp, serving up delicious burgers and sandwiches as well as a nice selection of craft beers.